ABOUT KAMPERS SUPPLY IN CARTERVILLE, IL 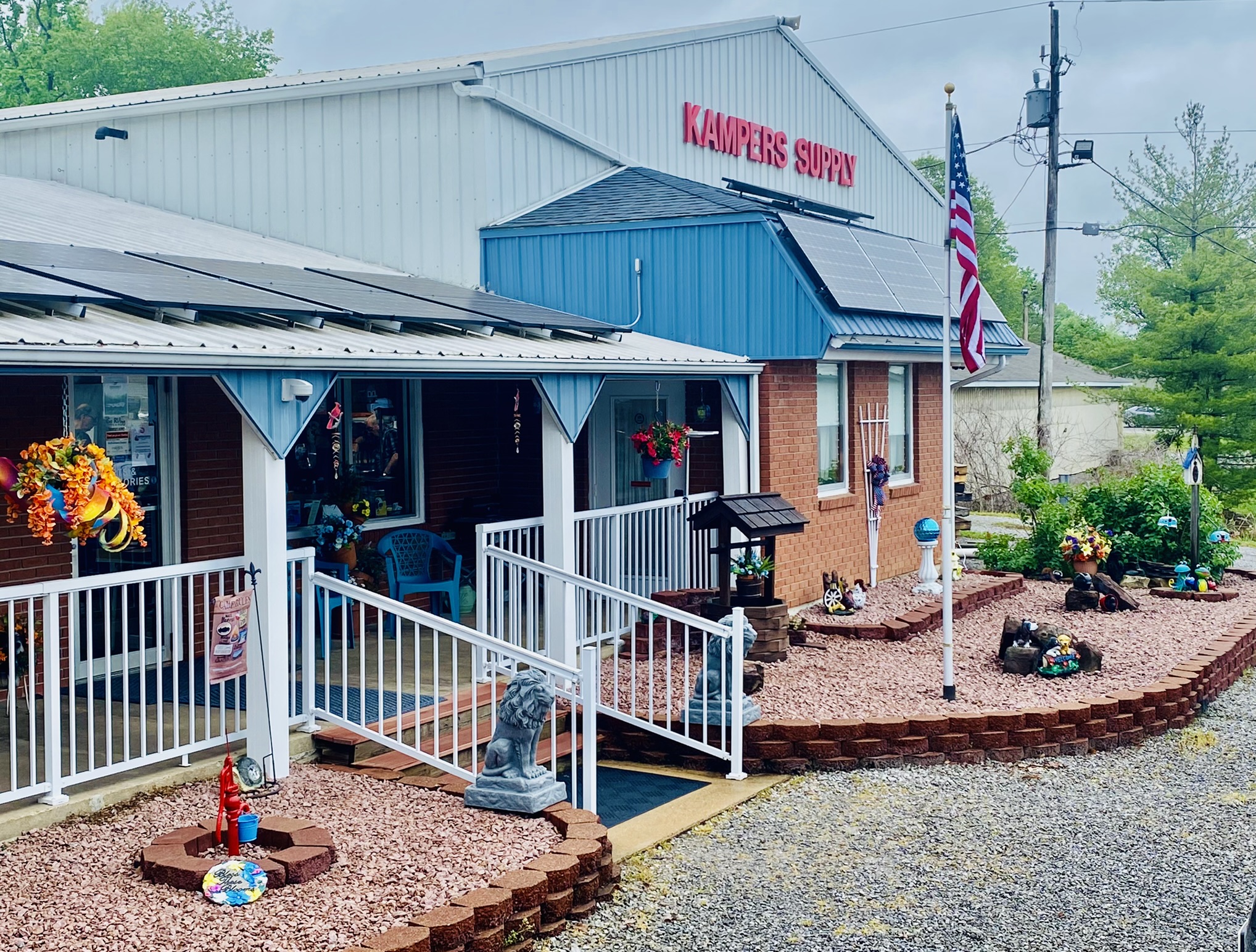 Inspired by their joy of camping, Marvin and Shirley Oetjen opened Kamper's Supply in May 1975. Offering the best products in the industry, and service after the sale has always been their top priority.

Marvin and Shirley have seen the camping industry change several times in their over 45 years in business of owning Kamper's Supply. Even through the peaks and valleys of the business world, Oetjen says he still enjoys coming to work every day. "I still have a lot of fun," he said.

The Oetjen's became interested in camping with their family when Marvin was a service manager for a car dealership and would frequently get called into work because he lived nearby. So, on Friday evening, he and Shirley would pack up their camper and head for the campgrounds until Sunday evening. "It was kind of a hideout," Oetjen said.

This was in the early 70's and there were problems finding parts and accessories for their own trailer. There was also a lack of knowledge of electronics in campers. Since Marvin had electronics experience, he began doing his own repairs. Soon he began doing repairs for other people in the campgrounds and found there was a real need for his services.

So, the Oetjen's took a trip to Elkhart, Indiana, which is the "hub of the RV world" to talk with different distributors about opening a parts and accessory store. The business got started on Sweets Drive in Carbondale in 1975 and moved to its current location in Carterville in 1977.

Now sons Curt and John Oetjen help run the store and have been in the business all their lives. "Curt and John's wives also help out in the store and several of the grandkids have worked in the store at one time or the other," says Shirley. "It's a family business and we treat our customers like family too." Marvin said the key to making the business so enjoyable is the people they work with on a daily basis. Still after 45 years in business, customer satisfaction is our No. 1 priority!